Berlin silhouette, ca 1650 after a colored lithograph by Merian done about then.
Small scale flat produced by KLIO Berlin club 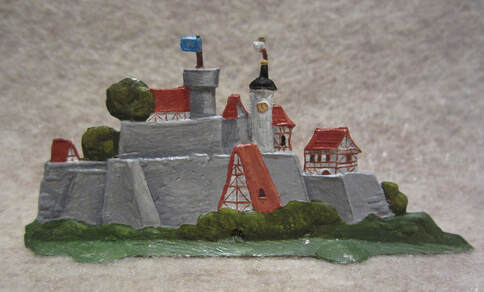 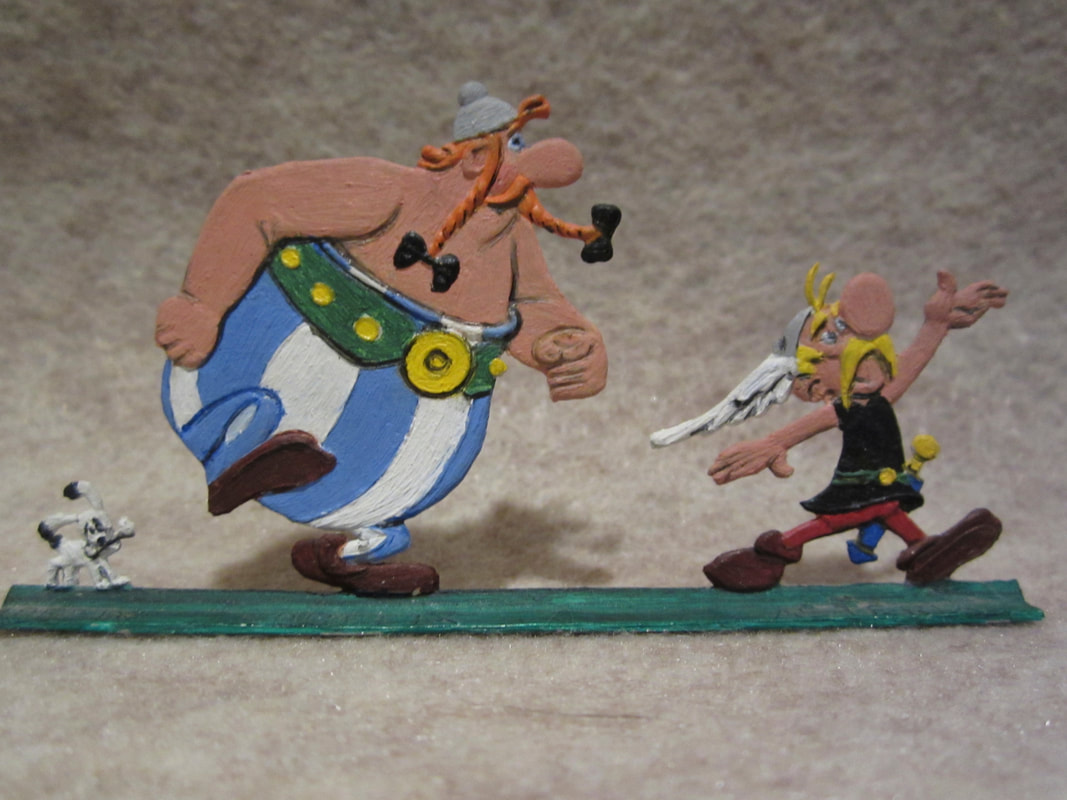 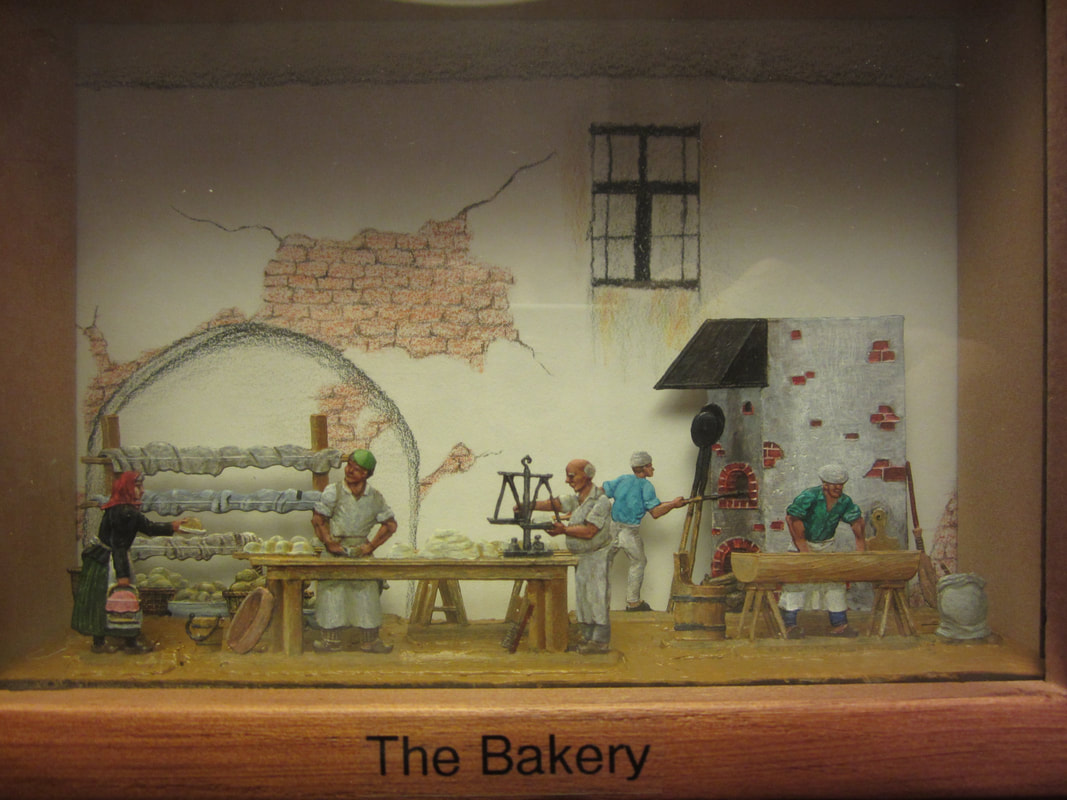 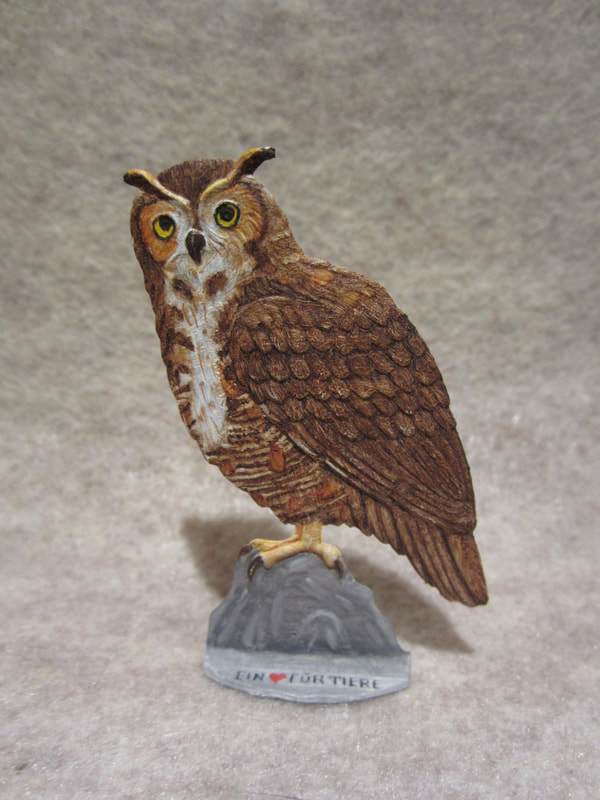 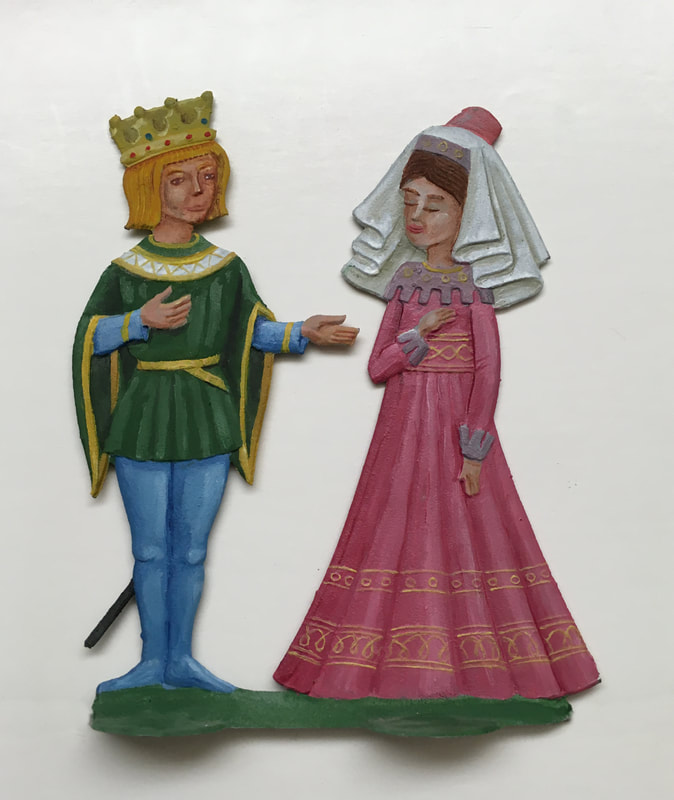 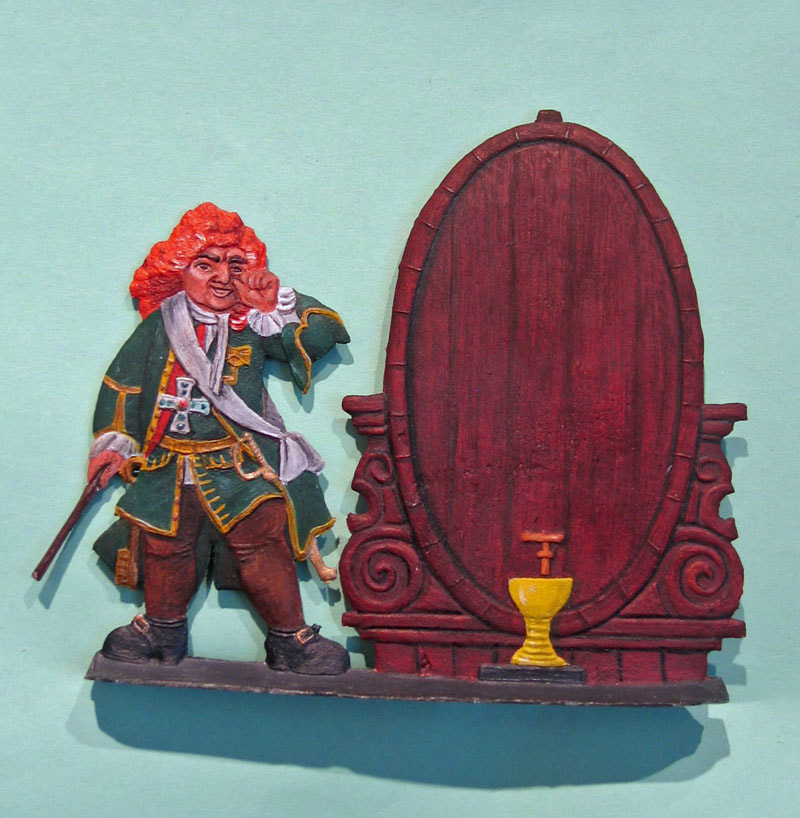 Heidelberg Perkeo
70mm flat produced by Ursula Döll (Heidelberg)
​Perkeo the dwarf is reputed to have lived in in the Heidelberg Castle and having jumped out of window onto one of the terraces, left his footprints in the stone paving.  He is also associated with the huge wine cask that is located in the castle.
This large scale flat was painted by Ellen Sanders ca. 1982, the first of the three or four flats she ever painted, putting her husband Rick to shame. 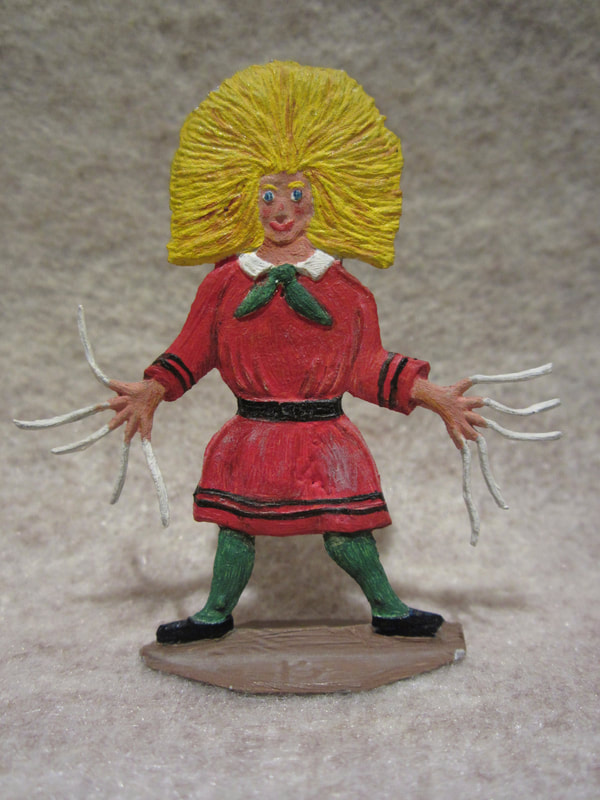 The Struwelpeter
The Struwelpeter, or "shock-haired Peter" or "Shaggy Peter" was a character in a German children's book written in 1845 by Heinrich Hoffmann.  The Struwelpeter, pronounced strew-vell-paeter, was noted for his not grooming himself properly and consequently been unpopular.
This large scale, 40mm, flat produced by Ursula Döll (Heidelberg) was painted by Ellen Sanders ca. 1982
Two sides of a 30mm scale 17th-18th century covered wagon 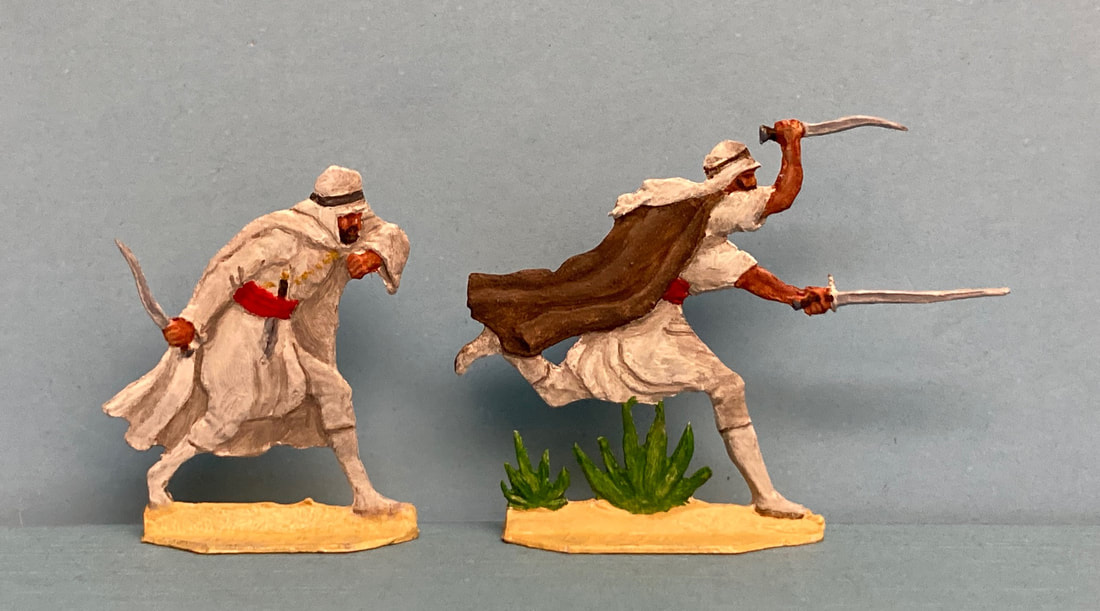 Arabs from the series "Durch die Wüste" (Through the Desert), a novel by Karl May
Araber von  der Serie "Durch die Wüste" nach dem Roman von Karl May
30mm flats originally commissioned by the publisher and then taken over by A. Ochel's Kieler Zinnfiguren
Santa Claus - Sankt Niklaus - is a  popular figure for gifting in Germany in the Christmas season - both figures produced by Andreas Trost