Below are the covers of some books and publications that I have authored and self-published or translated for Zeughaus Verlag (Arsenal Publishing), Berlin, and one produced in conjunction with the KLIO Baden Württemberg (e.V.) club in Stuttgart.  I think they should be of use to collectors for information on uniforms, clothing, armor, weapons and other equipment, not to mention information about the campaigns and actions of these armies.  Check out the Zeughaus Verlag's website for more information.

This new book featuring Zinnfiguren  is available for purchase in English from On Military Matters in Hopewell, NJ, USA.  A limited number of German and English copies are available from Berliner Zinnfiguren/Preußische Buchhandlung in their Antiquariat section.

The book is about the “banners” (divisions) and flags of the armies at that historic 1410 Battle of Tannenberg - or Grunwald as it is called in Poland - and the Zinnfiguren representing the more than 100 different flags. The book contains over 100 color photos of Zinnfiguren with the flags of the Teutonic Order, the Polish-Lithuanian Army and their allies’ standard-bearers painted by a number of collectors. It also presents plates with the flags of both armies and of the Polish and Lithuanian coats of arms. The book includes images from the Codex Bergshammar, a 15th century armorial that appears to have not been known to previous authors on this subject, giving new insight into Polish flags and coats of arms.

The book is 100 pages in A4 format, softbound and contains more than 200 color images. It will be available at the August 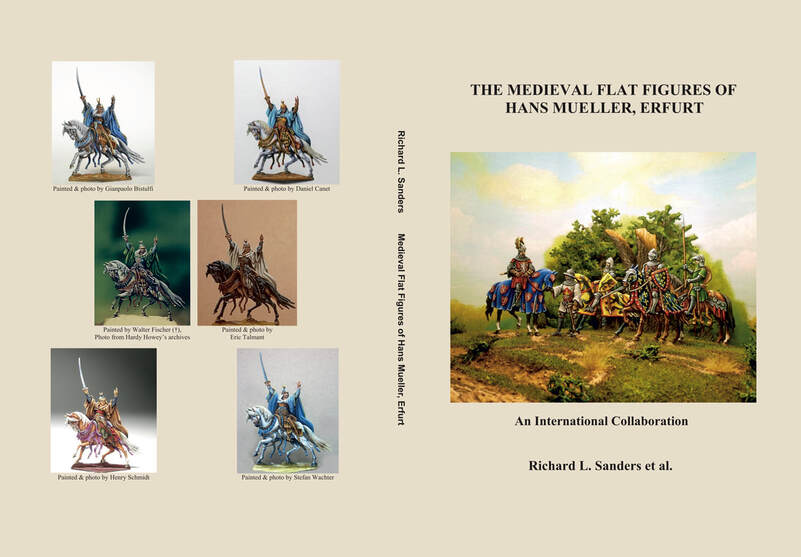 NOTE:  Only a very limited number of copies of the German and English editions were printed and all have been sold.  However, if people are still interested in ordering a copy, Rick will record you name and address.  If the demand for copies is adequate, he will try to have more printed, but to make it affordable, he will need to have enough orders for a total of about 50 copies.

This book on Hans Mueller’s medieval and Saracen/Ottoman flat figures came out in print in in German late March 2021 in German and it was published in English in July 2021.  The German edition is out of print, but copies do occasionally become available.  People who order either edition can have it mailed directly to them upon payment.  Due to printing and mailing costs, the quantity of books published has been limited and scaled to the number of pre-orders.

The German language publication is 180 pages, DIN A4 (8¼ x 11¾ in.), softcover; the English language edition is hardcover.  Both editions contain over 600 illustrations including color photos of all of Hans Mueller’s medieval, Saracen and Ottoman figures that have been painted by nearly 40 collectors from Germany, Austria, France, Italy, Sweden and the U.S in the German volume, while the English edition adds figures by contributing collectors from Belgium, France, Germany and Russia.

Each version also contains all of the additional, attachable flags for the 1410 Battle of Tannenberg/Grunwald that Mueller produced.  All 460-plus figures are presented in their original 30mm scale, many depicting both sides.  Additionally, the photo montages depicting all of the unpainted figures and the tables describing them, which appeared the Nov 2019-Jun 2020 articles in the Die Zinnfigur magazine have been updated, have English descriptions and other additional information.  The publications also have chapters written by Gernot Schlager, Henry Schmidt und Hans Schwahn – experts on the development of medieval armor and the Mueller figures.  The German edition has an English language synopsis for those who cannot read German.  The English edition has expanded the information about and images of the various sources Mueller used for the designs of his figures.  Additionally, Mr. Wolfgang Büche and Dr. Thomas Brümmer have contributed in depth information about the banners for the Tannenberg figures.

Purchasers of the German edition could also request an English “companion” document which translates all of the texts and the substantive parts of the captions. It is free and will be emailed as a “pdf” file upon request.  The new English edition contains corrections to the "companion" document plus many more photos and newly acquired information.

​This book is a valuable reference work for every collector and provides a unique view of some of the most beautiful flats ever produced, and then painted by, impressive artists.

Please note that both versions are now out of print, but if you provide Rick with your name and email and/or mailing address and which version you want, and if the demand is sufficient, he will try to get more copies printed.

NOTE:  Ordering instructions are also available in German in Die Zinnfigur and some other German-language hobby-related publications.

For ordering, please include the mailing address (street, town, country).  If a decision to print more copies is made, Rick will notify you and payment will be due in advance.  An invoice will be sent via email or letter with payment options ($US check, bank transfer or PayPal "gift"). 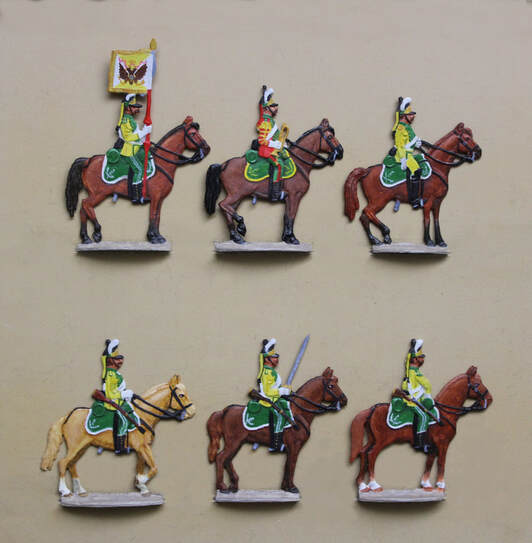 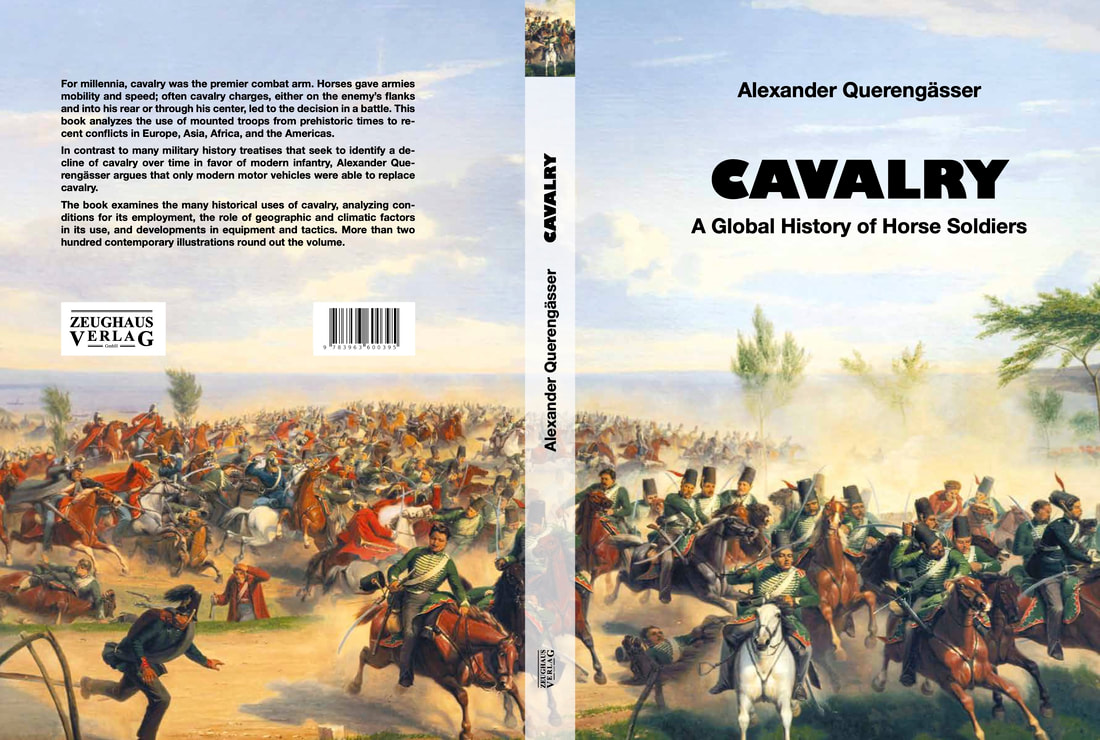 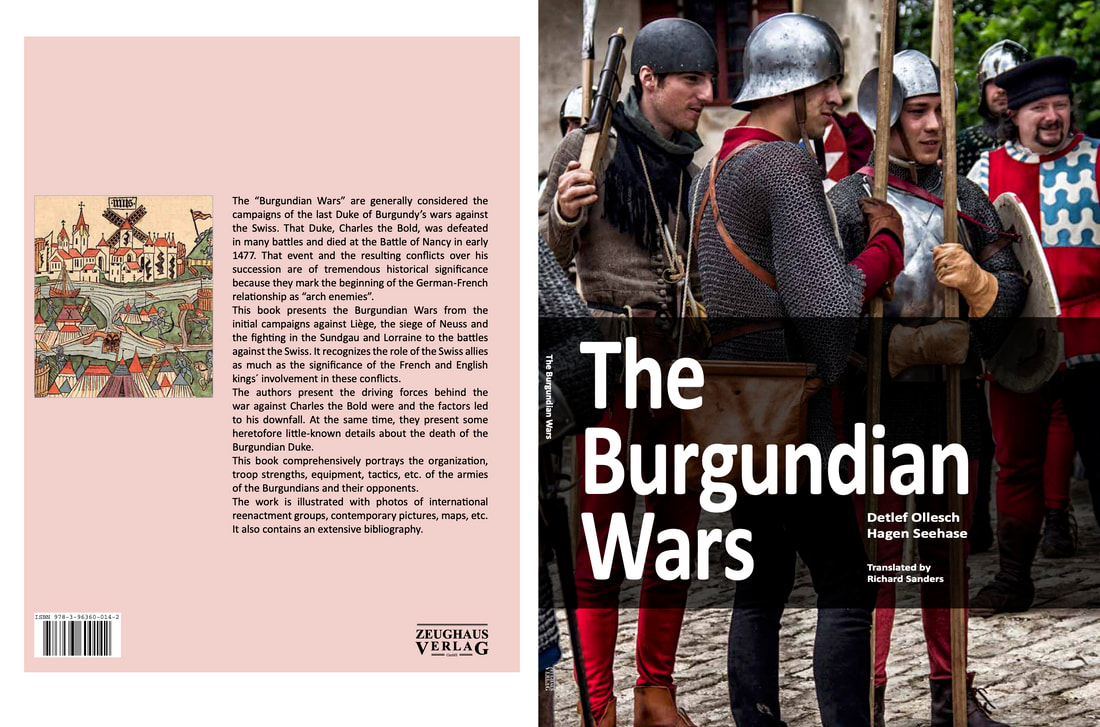 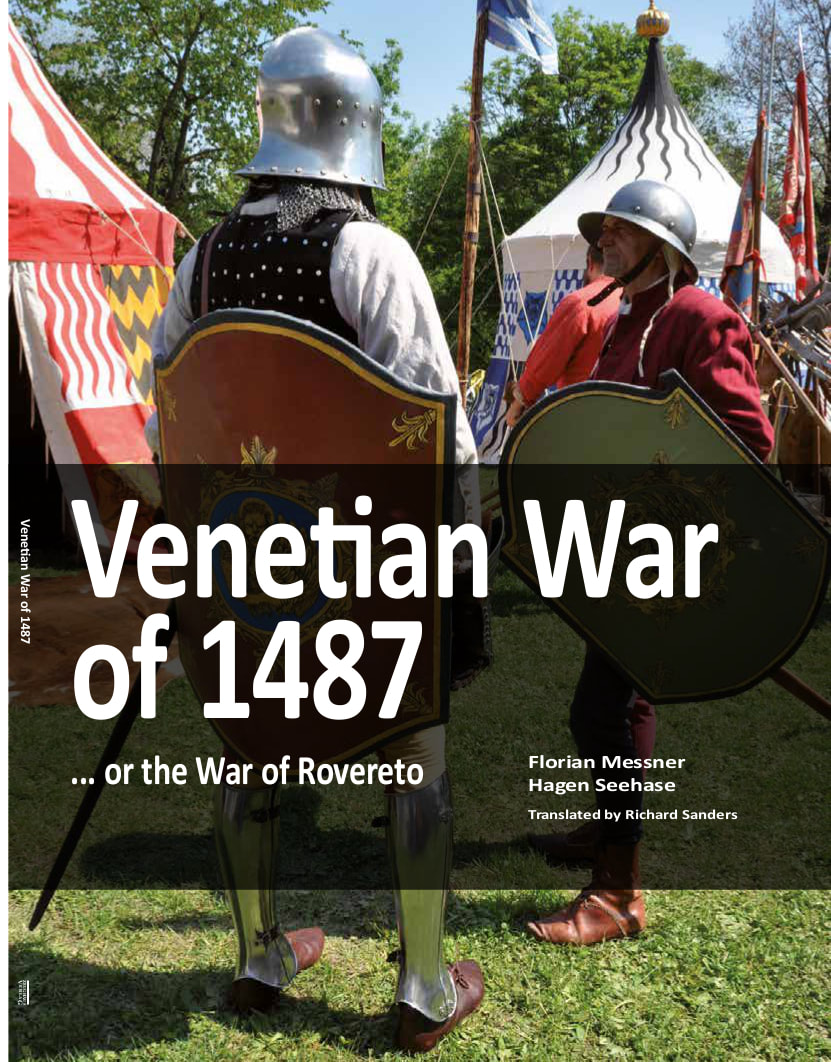 ​​This book addresses the 1487 Venetian War between the maritime, major power Venice and the alpine Archduchy of Tirol. The conflict began from insignificant events and led to considerable political disruptions – especially in Tirol. The war was closely tied to Archduke Sigismund of Tirol’s partially tragic, partially odd biography.
​This book came about in close cooperation with reenactment groups from Italy, Austria and Germany. It contains, along with detailed depictions of weapons, numerous color photos and illustrations and some excellent reconstruction drawings by Wolfgang Braun. 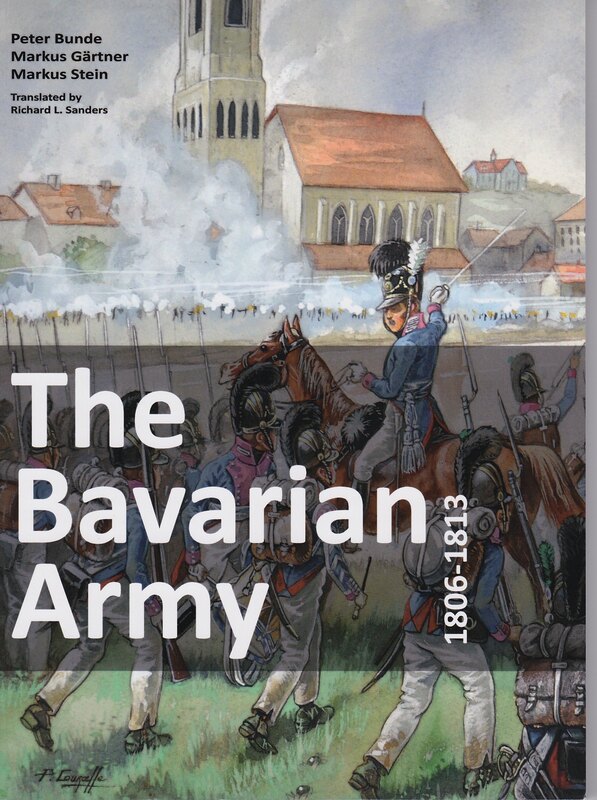 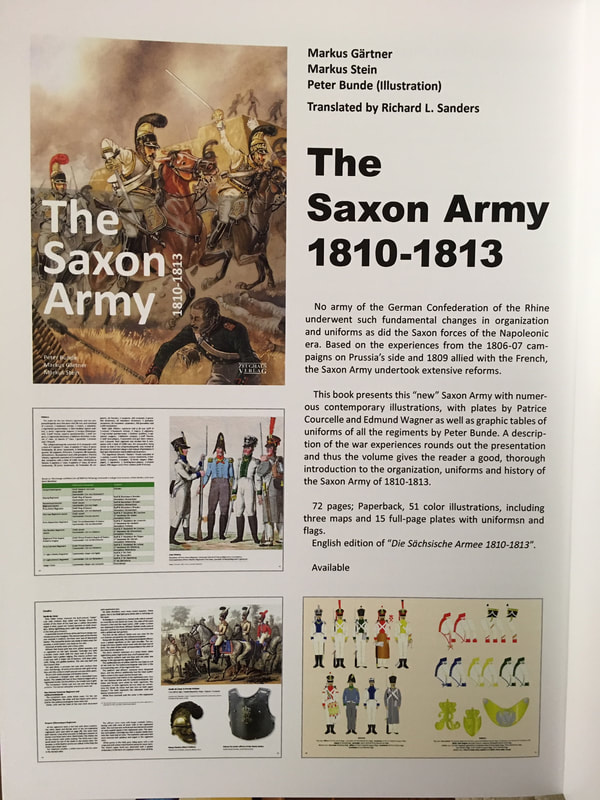 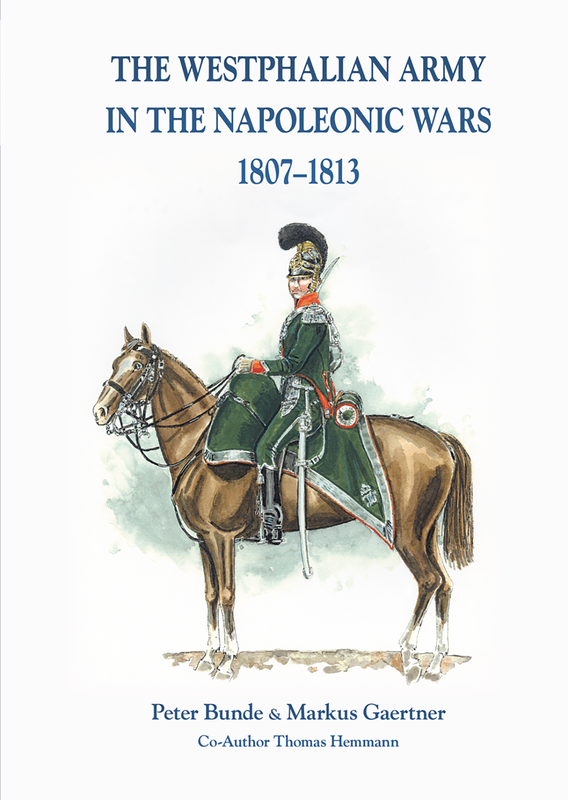 The Westphalian Army in the Napoleonic Wars, 1807-1813
This 500+ page book, written by my good friends Peter Bunde and Markus Gärtner, was my most voluminous translations for Zeughaus Verlag, Berlin.
Uniforms of the Armies at Waterloo
as drawn by Charles Lyall 1894
The four volumes of the prints done by Charles Lyall in the late 1800s of uniforms of the armies that fought at the 1815 Battle of Waterloo, reproduce his prints in color and provide information on each regiment or unit, as well as an overview of the events of the battle and the armies' order of battle.
Rick's Publications from Magazines 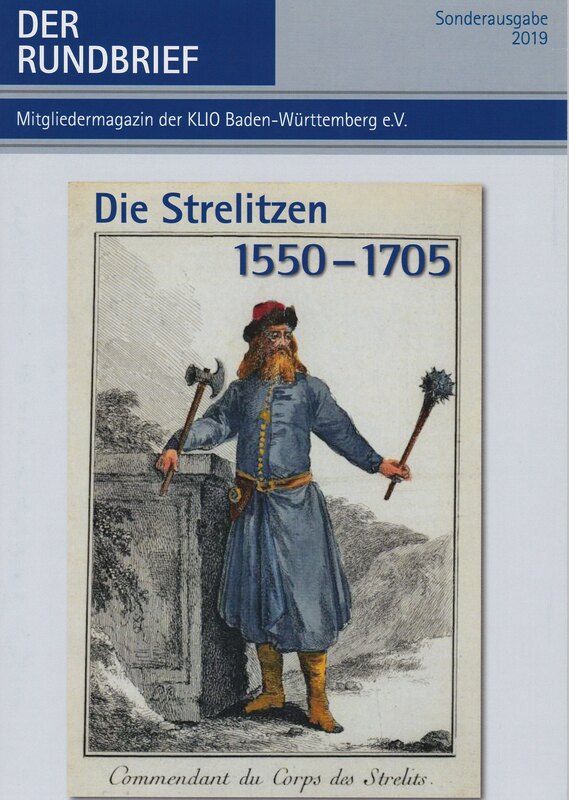 "Die Strelitzen 1500-1705" (The Strelzi 1500-1705)
Rick authored this 39-page "Sonderheft" or "special issue" of the KLIO Baden-Württemberg's magazine, which covers the history, uniforms, flags of Russia's first standing army, the Strelzi, or musketeers.  It is extensively illustrated with color pictures of uniforms and flags as well as color photos of figures.

English Original Work
"The Strelzi, 1550-1705"
The link below is to the original article published in three parts in The Journal of the British Flat Figure Society's April, July and October 1990 issues.  Color images of Strelzi flags that appeared in the German publication have been added at the end of the original article in this file.
Another version was published in Xenophon International's Gorget & Sash magazine (pages 9-16) with additional illustrations, which can be seen at:
http://www.xenophon-mil.org/gorget/gorgetsashIII-4.htm 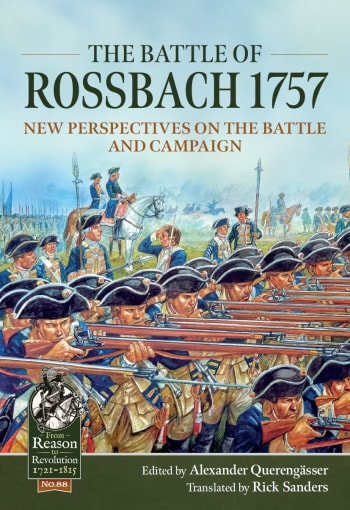 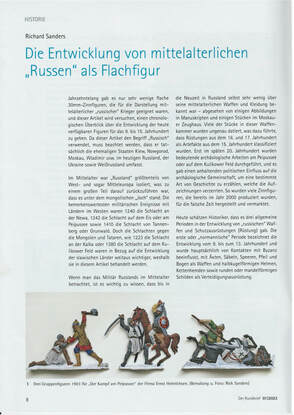 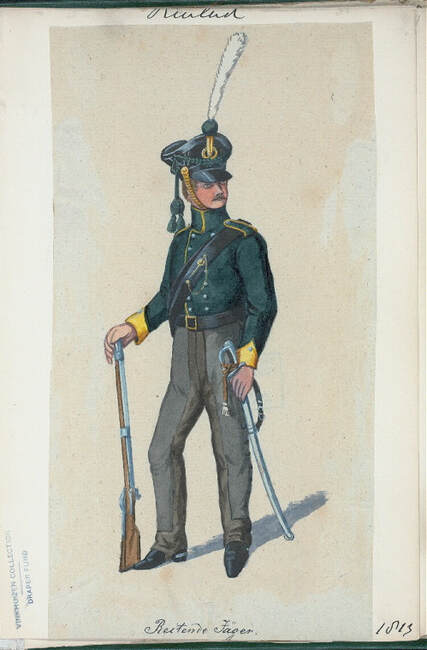